I wanted to share with you one of my professional experiences as a helicopter pilot.

It was about twelve years ago in French Guiana. We used to regularly perform medevac flights during night hours since military personnel were the only ones allowed to perform such flights. Civilian helicopters were not authorized to do night flights back in this time.

My memory probably has some gaps now. I might be mixing together some elements of many different missions from that period of time. But that is not what matters… it’s the memorable elements and feelings that are true. 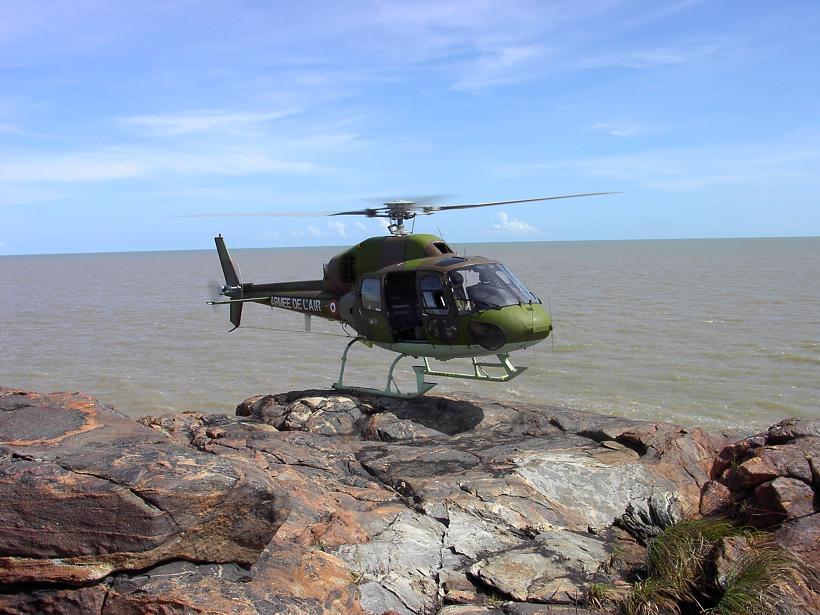 The weather was particularly bad on the way to Saint-Georges de l’Oyapock. Overcast, low ceiling, heavy rain… a precise weather forecast was particularly hard to predict in this type of region. We finally improvised a “semi-instrument approach” on an apron that was lit with only four lights set there for the occasion – along with a single street light. Agreed, it was tough, but we performed our final approach in the safest way possible.

There was a young pregnant woman who needed urgent medical care. This kind of scramble is not uncommon in the jungle. The young woman’s only hope was to be able to get to the medical center in Cayenne as soon as possible. I was really glad when we made it to the pick up point in Saint-Georges, but we still needed to make it back to Cayenne. A few minutes after our takeoff all the hard weather that we had faced on the way magically disappeared. The contrast between managing difficult conditions and experiencing sudden elation is often what we feel after facing a tough challenge on the way to a goal. And honestly it happens quite often.

You ultimately have a sense of relief.

We were all silent during the return flight to Cayenne. Frankly we were exhausted. When we finally glimpsed Cayenne in the beautiful shimmer of dawn, I decided to break the unwritten rule of the silent cockpit.
In almost a whisper, I said to the rest of the crew members: “You know what, this mission has a special significance this morning for me. While we’ve been performing our flight, my mother has been having a kidney transplant back in “Metropole.”” By rescuing this pregnant woman alongside my colleagues and the medical staff, I had the feeling that I was at my mom’s side. I had no other option but to rely on the surgical team treating my mom in Paris, while wishing I was there.

This episode reminds me of another where we had to abort our mission after more than one and a half hours of flight, and just five minutes distance from our objective. I never found out if that gravely injured man made it through the night.

I remember another passenger who had been in a traffic accident during the night. I can’t say if when we finally arrived at the hospital he was still alive… it may have just been his time.

And the one who never had a chance to fly with us since he had already passed away when we arrived. I had to admire here the professionalism of the nurses who tried no matter what to revive him… it was not the right time. That’s how it is.

Regarding my mum, things actually didn’t go so well…

So here we are. Sharing with you the moments in life where we give meaning to what we’re doing.

Thanks for reading, and cheers to new beginnings,

2 thoughts on “Things that matter…”

Any other thoughts? ;) Cancel reply

This site uses Akismet to reduce spam. Learn how your comment data is processed.

Go with the Flo